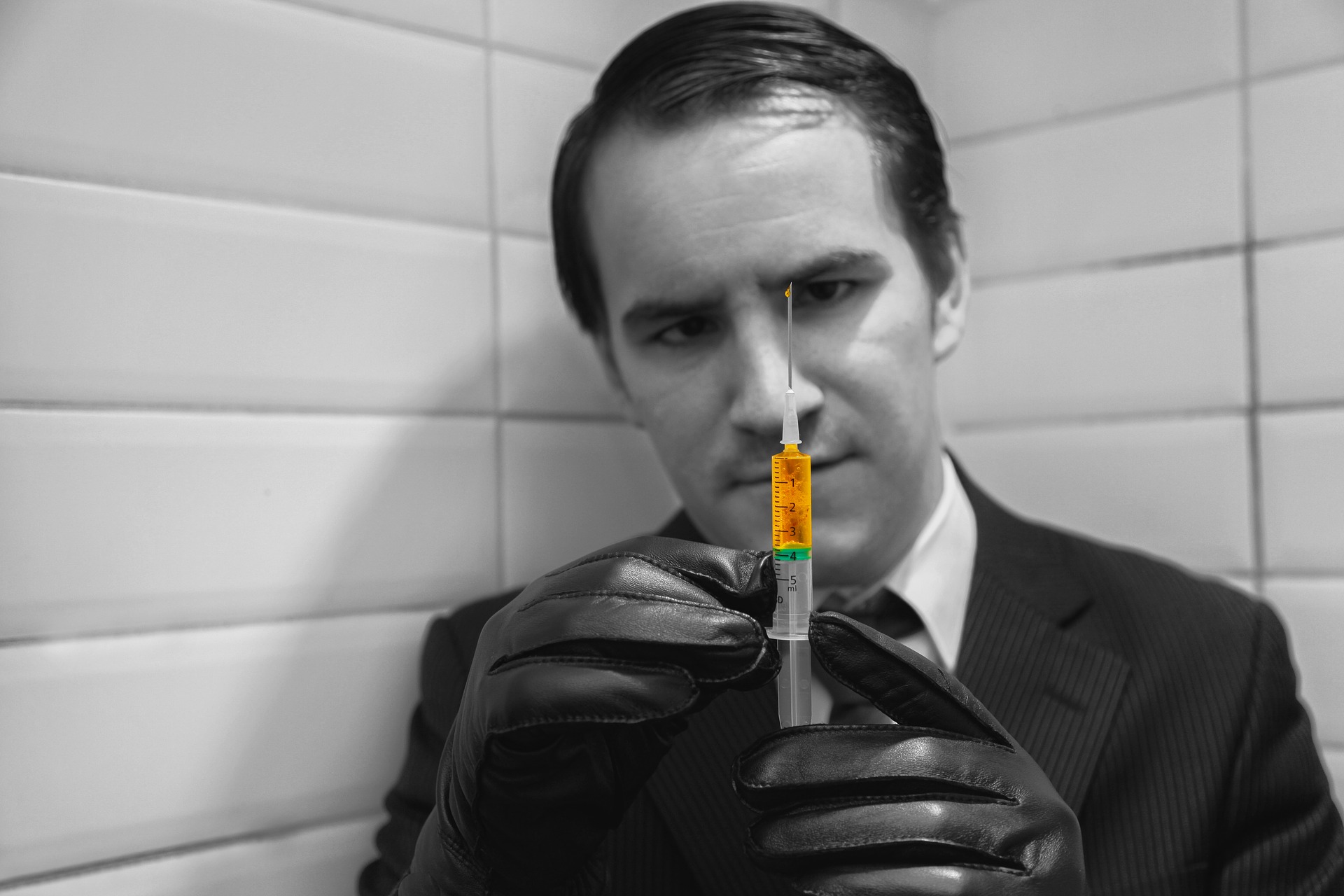 In reading Neil Bradbury’s A taste for poison: Eleven deadly molecules and the killers who used them I came across an interesting story. It dealt with the first documented murder by insulin overdose. The event took place in May 1957 when Kenneth Barlow alerted the family doctor after finding his wife Elizabeth unconscious in the bathtub late at night. The couple had been married for eleven months and lived together with Kenneth’s 10-year-old son from a previous marriage.

According to Kenneth’s story, his wife had felt tired after dinner and gone for a rest. When he went to bed around 9.30, she’d vomited on the bed. They changed the sheets, and Elizabeth, who felt warm and sweaty in her pajama, decided to take a bath. Kenneth went to sleep as the bathwater was running. When he woke up at 11.20 the bed was still empty, and he found his wife submerged in the bath. Kenneth, a state-registered nurse, emptied the bathtub and tried artificial respiration before calling for help. The family doctor soon arrived and confirmed that Elizabeth was dead from drowning. Due to the circumstances, he found it necessary to contact the police, who brought along forensic pathologist Dr. David Price.

The death looked suspicious to Dr. Price from the start. It was rare for a healthy 32-year-old woman to drown in a bathtub. Also, there was a small cupful of water left in the cavity of the crook of Elizabeth’s arm, which contradicted Kenneth’s story that he’d tried to resuscitate her. Dr. Price also noticed that Elizabeth was eight weeks pregnant.

The police team was convinced that Elizabeth had been rendered unconscious before she drowned. They considered the possibility that she had been injected with insulin, which was consistent with the dilated pupils and excessive sweating before she died. When examining the body, they found two hypodermic injection sites in each buttock. The crude tests available at the time showed that the samples contained 84u of insulin, which is the amount I take in three days as an insulin-dependent diabetic.

When Elizabeth didn’t have diabetes, the police confronted Kenneth with their findings. He claimed that he, with her approval, had injected her with ergometrine to induce an abortion. Further, he denied knowing anything about the insulin injections. He pleaded innocent to the murder charges brought against him, but the court found him guilty, and he spent 26 years in prison. In the months leading up to the murder, he’d boasted to colleagues that it would be easy to kill someone with insulin since it would be undetectable in the body after death.

While Elizabeth Barlow didn’t die from the insulin overdose, it played a crucial role in her death. The amount injected into her was enough to render her unconscious, but whether it would have killed her will never be known. A probable scenario is that her husband expected her to die faster than she did and instead decided to drown her. Had she been left in bed, she might have died overnight or suffered irreversible brain damage from the insulin overdose, which would have been absorbed into her bloodstream and destroyed. Thus, no murder charges would have been made, and the death would have been ruled to have occurred from natural causes. In other words, the perfect crime.