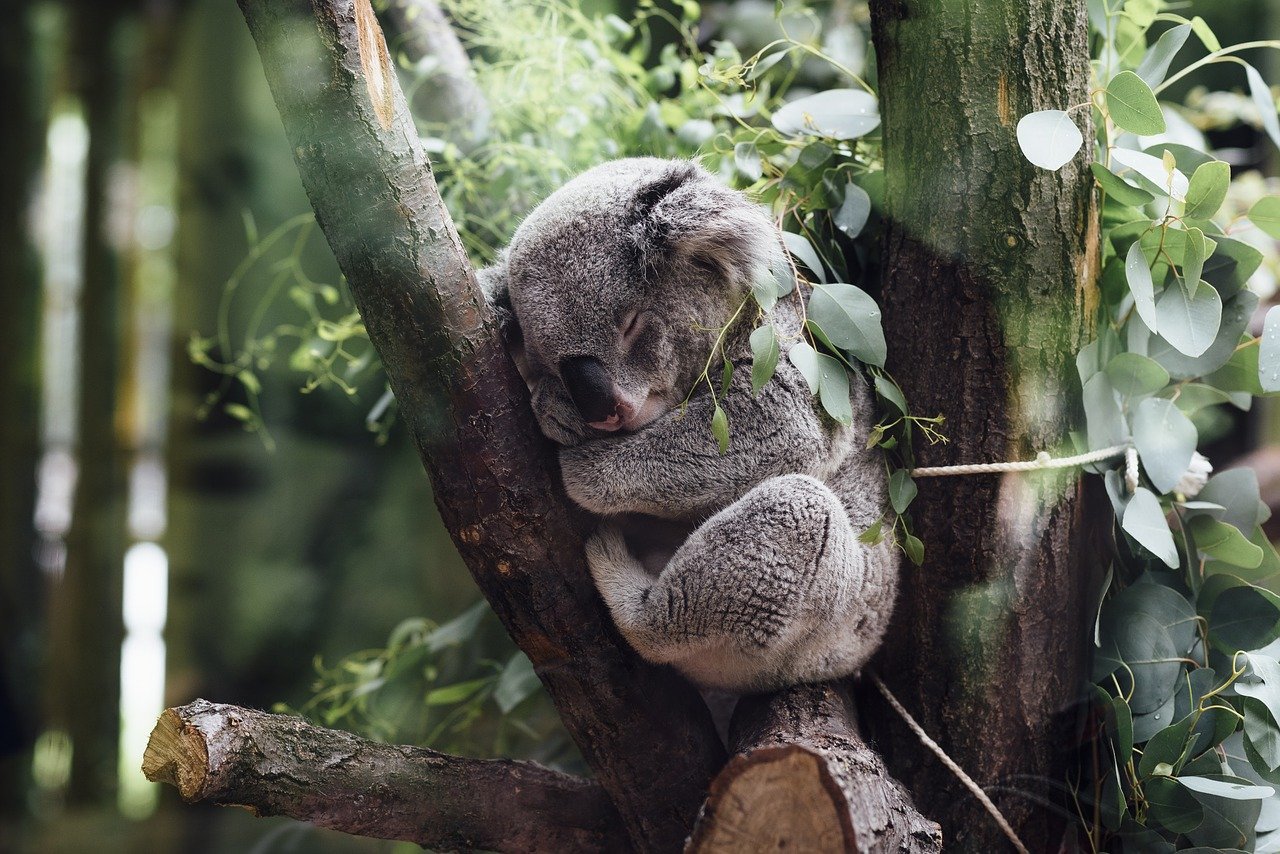 Diet is related to brain size. While navigating the food aisle in the supermarket is simpler than surviving in nature, humans still spend a lot of brainpower on food selection. Omnivores, like rats and humans, have significantly larger brains than folivores. That is the herbivores that specialize in eating leaves, like pandas and koalas. Contrary to the social brain hypothesis, this indicates that sociality does not affect brain size as much as diet does.

The koala is a special case. It’s evolved to be an adorable idiot. Koalas have the smallest brain-to-body-size ratio of any mammals. A beagle, which weighs two-thirds of what a fully-grown koala weighs, has a brain of 72 grams. In comparison, the koala brain weighs only 19 grams. It’s also smooth without the kind of intelligence wrinkles you find in humans and fills just 61% of the cranial cavity. We theorize that their brain size has shrunk as they evolved to eat a more restrictive diet. Koalas can’t identify plucked leaves as food, so if you serve them a plate of eucalyptus, they will starve before eating it.

Ancient koalas had a more varied diet. As the Australian climate got drier, koalas transitioned to harder-to-digest food and came to eat only eucalyptus. The process of digesting a mouthful of leaves is labor-intensive and can take 100-200 hours. This is why koalas sleep 20 hours a day, to save energy for digestion.

While the koala’s loss of brain capacity and intelligence might seem tragic, they’re still around as an example of the survival of the dumbest. That’s not a bad achievement.