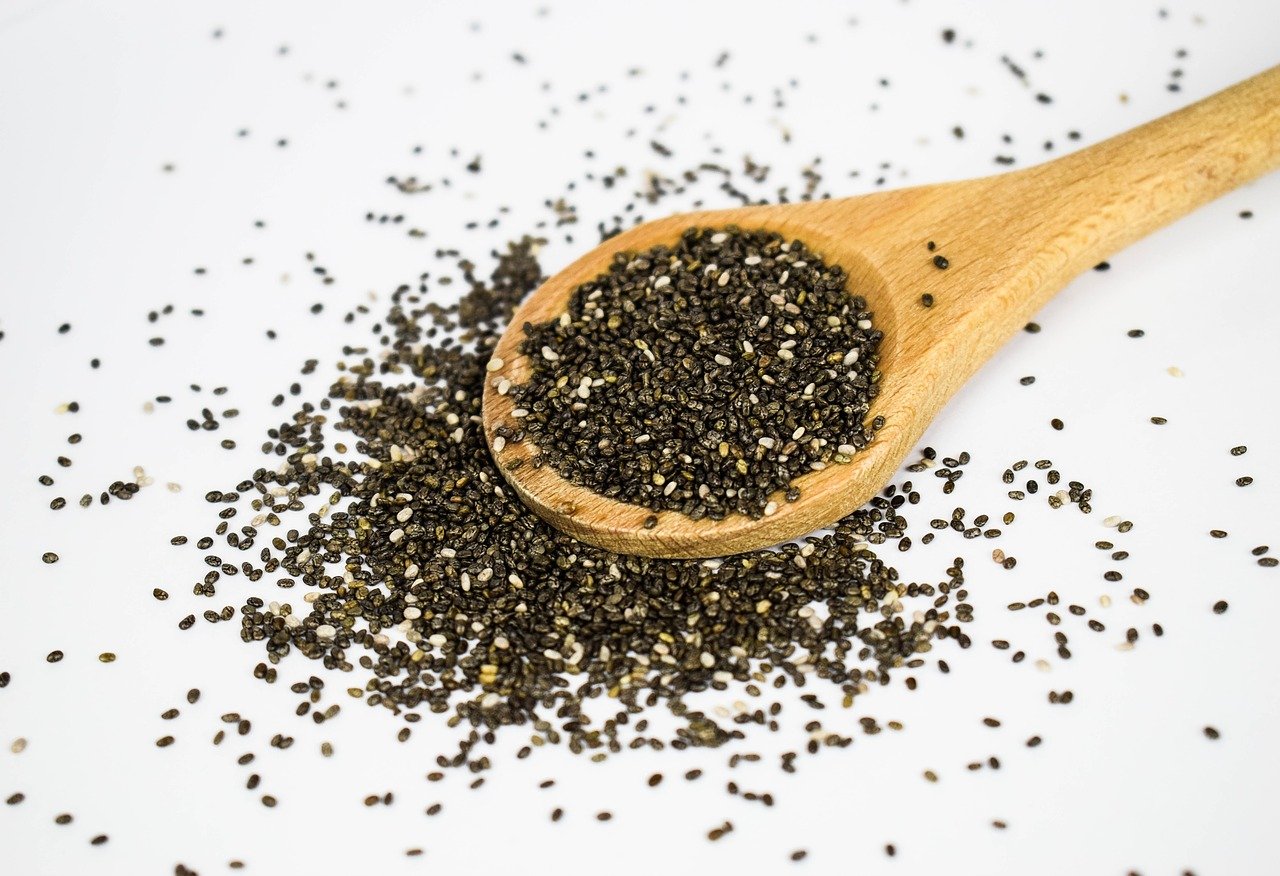 Chia seeds were a staple food for the Aztecs and Mayans. The word “chia” is the ancient Mayan word for “strength.”

My blood sugar experiments have been sadly lacking lately. I’ve been on a stable diet of pork chop and salad or grilled cheese and salad. As a result of this boring diet, my blood sugar stayed below 8 mmol/l (144mg/dl) for the past two weeks. It proves the point that diabetes loves routine. To spruce things up a bit, I decided to try something new in the form of chia seed pudding. It’s popular in the low-carb community as a breakfast alternative to eggs. Due to the carbs in the milk, I decided to have mine for lunch not to challenge my morning habit of a no-carb breakfast with a fixed insulin dose.

Chia seed pudding is easy to make. I measured out 200 ml of milk (9g of carbs, 7g of protein) with 50g of chia seeds (1g of carbs, 11g of protein) and mixed it, waited 15 minutes before stirring out the clumps, and then stuck it in the fridge for a couple of hours to turn into pudding. For flavor, I also added a teaspoon of erythritol and a few drops of vanilla.

I took 1u of insulin to cover the 10g of carbs pre-bolused by twenty minutes. My starting blood sugar was 4.6 mmol/l (83 mg/dl). The bear had a hangover and declared that he was not tasting what he described as “that disgusting-looking slime pudding in the fridge.” I have to admit it didn’t look too attractive but I was open to being pleasantly surprised by the many glowing reviews I’d read online. I wasn’t. A generous sprinkling of erythritol over the top helped, and I’d say the vanilla essence was an essential ingredient to what would otherwise have been similar to eating wallpaper glue.

On the plus side, the chia seed pudding was very filling. After eating it, I was stuffed. The calorie count for the bowl was 350 kcal, so if weight loss is your thing this could be the ticket. Chia seed pudding is rich in omega-3, and the slimy consistency works wonders to put you off eating food in general. It’s also a great source of fiber, which it’s difficult to get enough of. After I finished the bowl, I injected another unit of insulin to cover the protein. The results were not bad.

I repeated the experiment the next couple of days and got similar results. As well as a potential weight loss remedy, chia seed pudding makes for stable blood sugar. The combination of a low-carb count and a filling meal makes it a new addition to my diet, even though I struggle with the slimy texture. As Moliere put it: “we should eat to live, not live to eat.” Chia seed pudding is a great example of this.

Image by ValeriaLu from Pixabay