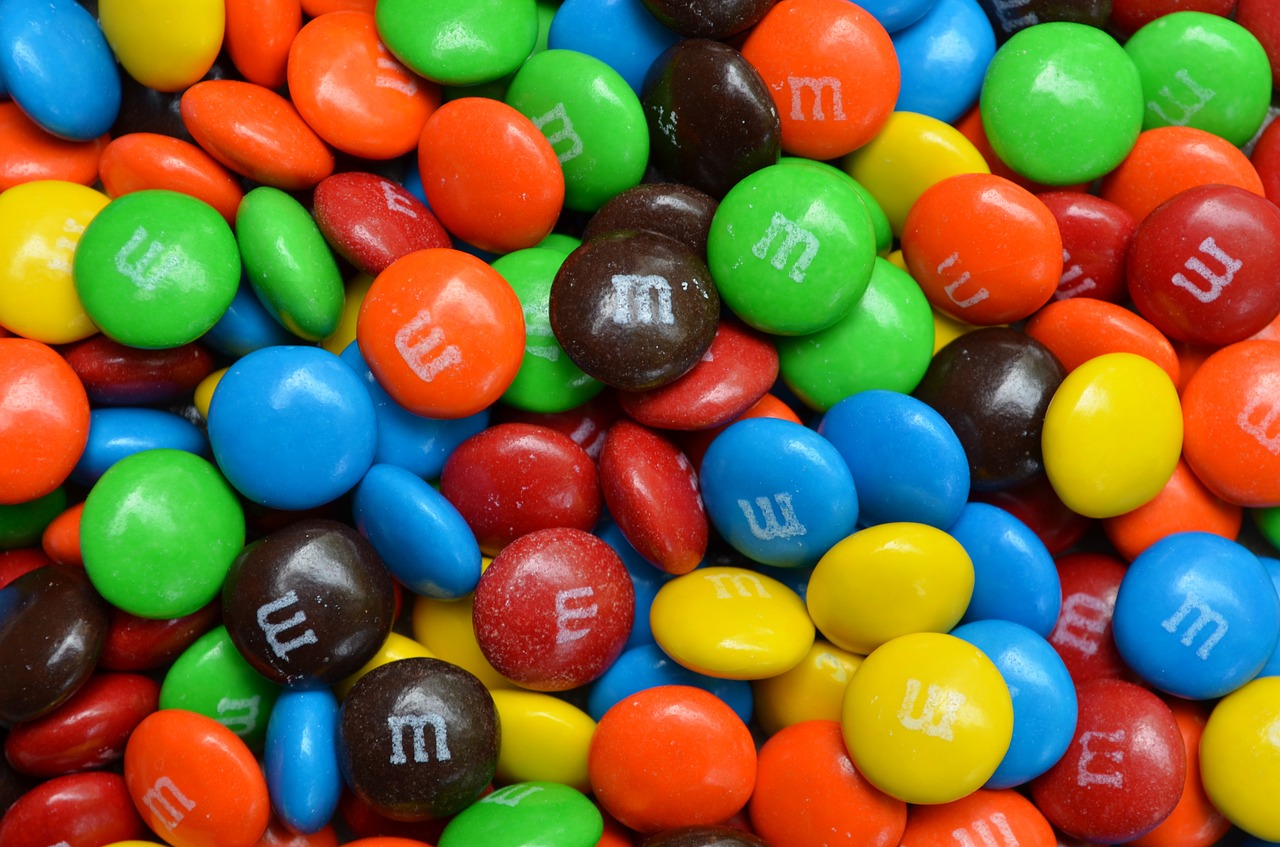 Variety encourages eating. People eat significantly more if you hand them a bowl with ten rather than just six colors of M&M’s. If you give them a plate of spaghetti, they eat a certain amount and stop, but if you then present them with more pasta in a different shape, such as tortellini, they eat some more. This doesn’t only apply to eating but affects our shopping decisions as well. Colors and shapes are a powerful influence.

Michael Moss’s Hooked: Food, Free Will and How the Food Giants Explore Our Addiction investigates the psychology of eating. Specifically, Moss looks at addiction as a core reason for why we overeat. The book quotes a lot of interesting case studies to make its point.

Take Cornell researcher Kathryn LaTour. She conducted a study that proved how easily we get manipulated by food marketing. By mixing salt and vinegar with orange juice, she created an unpalatable drink and served it to a group of volunteers who suffered through it. She then showed them a commercial where the juice was portrayed as “sweet, pulpy, and pure!” These words transformed the memories of the test subjects. An hour after they gagged when they tasted the juice, they described it as sweet and refreshing. The ad had left them wanting more by supplanting the memory of the actual juice drinking experience. The result is terrifying because it shows that the messages that shape our memories don’t even have to be truthful.

Until Apple came along, people considered Coca-Cola the most powerful brand in the world. The studies of behavioral scientist Eric Stice reveal a darker side of this brand influence. He looked at the response from a group of teenagers by sending them through a brain scanner and showing them a picture of the Coca-Cola logo. Half of the teens didn’t drink soda and showed little emotional response. The other half, who drank at least one coke a day, had the parts of their brains associated with desire light up bright when they saw the company logo. In addition, the “stop” parts of their brains appeared dormant, which made them more likely to continue to drink coke once they’d started. The off-switch wasn’t working. Stice concluded that these two factors could work together to perpetuate habitual consumption.

Studies into drug addiction show that availability is an important factor. It is probably the main reason tobacco products score higher than heroin on the addiction scale, as they’re available in every corner store. Now put food into that equation. Unlike other potentially addictive substances, you can’t stay away from food. Everyone has to eat. It feels like we’re all choosing, but yet we’re not. Are we exercising free will when we make our food decisions? After reading Moss’s exposé, I’m no longer so sure that we are.