The ethics of eating

The ethics of eating 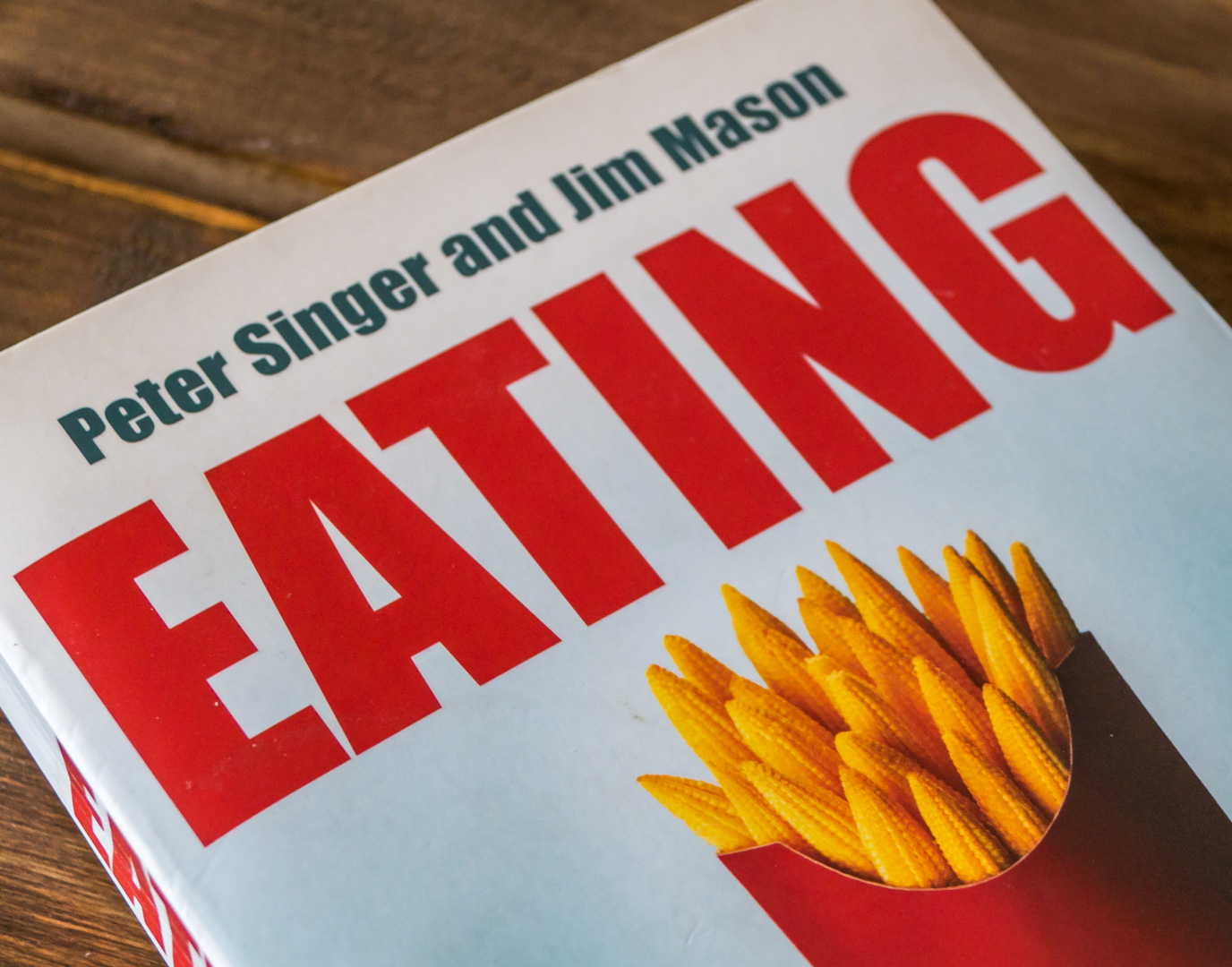 Over Christmas, I’ve been reading What we eat and why it matters by Jim Mason and Peter Singer. Singer, who’s a moral philosopher at Princeton, hit fame with Animal Liberation in the 1970’s and became a front figure for the animal rights movement. He has since been busy criticising the industrial farm practices which are at the core of What we eat and why it matters.

In the book we meet three American families: the standard American diet eaters, the conscientious omnivores, and the vegans. By following their food back to the source we get a look at production methods, with the goal of getting you to make more ethical food choices. Only I’m not so sure it works. Let me explain why.

The book takes the usual stab at factory farming when visiting Jake and Lee. They live in Arkansas, home to Tyson Foods, the world’s largest producer of meat chickens at two billion per year (2006 figures). What matters to Jake when she goes shopping is the same thing that matters to most of us – convenience and price. It takes her five minutes to drive to the local Walmart as opposed to twenty minutes to Whole Foods where she has to pay three times as much for meat. That’s hardly an incentive if you’re pushed for time and on a limited budget. I remember watching an episode of River Cottage with Hugh Fearnley-Whittingstall where he made the argument against factory-farmed chicken on a nutritional basis. He claimed that the kind of organic chicken he reared on his farm was so much more nutrient-dense than the industrial product that you got more bang for the buck eating organic. I believe this kind of argument could really resonate with people, more so than any animal rights claim.

There’s this idea among activists that most people are unaware. As the book states most people in developed countries are generations removed from the farm and know very little about how animals are raised or processed. While this might have been true at the time of writing this is definitely not the case anymore. The noughties saw a stream of books and movies about industrial farming methods with titles like Fast Food Nation, and anyone who lived through this period was left with a lasting impression. You would have had to have been asleep for a decade to miss it. We know, the thing is we just can’t afford to care.

Since Singer’s book was published in 2006 we’ve seen the worst financial crisis since the Wall Street crash in 1929. This pushed millions of people into poverty. A similar story is playing out right now with the Covid-pandemic. As much as you might want to, it’s difficult to vote with your wallet when it’s almost empty. How can you care about the grim reality of the factory-farmed pig when your children are hungry and you’ve got $5 to spend on dinner?

It may be short-term thinking, but people on the brink of poverty don’t have the luxury of prioritizing the environment and animal rights. I think that if we want to see real change we need to point the finger at the industry, not the individual. There’s a clear conflict of interest between Walmart’s Everyday Low Prices and animal welfare. We need landmark court cases against corporations to drive society forwards. We need the law, and our politicians that make it, to protect us and our farm animals. The bad publicity surrounding the McLibel trial in the late 1990’s made McDonald’s care about animal welfare. Livestock consultant Temple Grandin said she saw more improvements in slaughterhouses following the verdict than during her previous thirty years in the field.

Public opinion matters. The McLibel case proved that activists willing to take on corporations can make a difference. Though while we need to inform the public, we can’t expect that people once informed will pick the ethical option. I think the plight of factory-farmed animals would be better served by fighting poverty, which would allow more people to make better food choices. The concern I have with Singer’s book is that, while an illuminating read, will do more to make us feel bad about the world we live in than to actually change it.