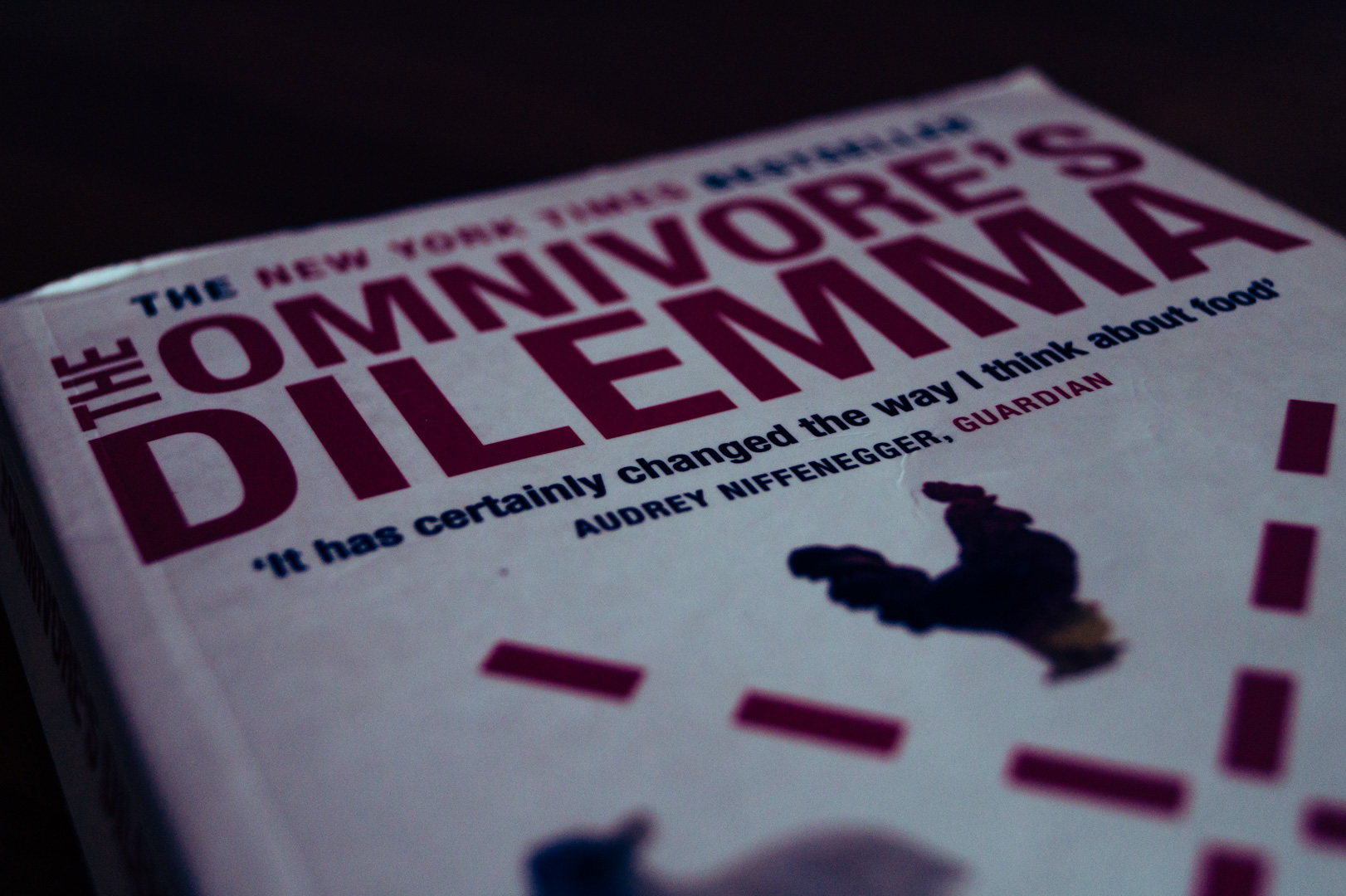 There is a tremendous brain drain in rural America. First they take the brightest bulbs off the farm and put them to work in Dilbert’s cubicle, and then they go after the dimmer ones who stayed behind, by selling them a bunch of gee-whiz solutions to their problems. It’s a foolish culture that entrusts its food supply to simpletons.

The title for this book comes from a 1976 paper by psychologist Paul Rozin. He studied food selection behavior in rats in the hope of understanding people. When rats come across new foods they nibble a little bit and then wait to see what happens. Something like a stomach ache is committed to memory and leads to lifetime aversion to that particular substance. This is why it’s so difficult to poison rats. Omnivorous humans also make complex food selections while navigating the supermarket aisle. In this book we learn where that food comes from.

Michael Pollan follows the three principal food chains that sustain us: the industrial, the organic, and the hunter-gatherer. He starts in Iowa, where he visits a farmer who’s dedicated to corn. This government-subsidized crop, which grows in large monocultures, now dominates American agriculture. Where is all this corn going? Some of it goes into processed foods like cereal and corn syrup. A whopping sixty percent is used to feed livestock. We get a closer look at this when Pollan buys steer number 534 and follows his short life on a feedlot somewhere in Kansas. While it’s been known for a long time that animals fatten quicker on grain, it’s only in recent times we’ve been doing it on a larger scale.

Pollan is more impressed with Polyface farm in Virginia, a hundred-acre operation where the animals are raised on pasture. In a world where grass can eat sunshine and food animals can eat grass, there is indeed such a thing as a free lunch. Here we get to see what clever farming can do, and how to solve novel problems that crop up in a natural system as complex as a farm. When Polyface farm is largely self-sufficient, society doesn’t have to bear the hidden costs like water pollution, antibiotic resistance, and food-borne illnesses that come with modern large-scale farming.

In the final part of the book, Pollan goes hunting for wild pig in California. This means getting a hunter’s license, which we’re told involves a fourteen-hour class and a one-hundred-question multiple-choice exam. A lot of time has gone into crafting this story about what brings food to our table. It’s well written and you’re left reflecting over your eating choices. I wouldn’t recommend it for the faint of heart. Many of us feel more comfortable not reflecting too much over what’s on our plate or how it got there. Yet it’s such an important part of what it means to be human.