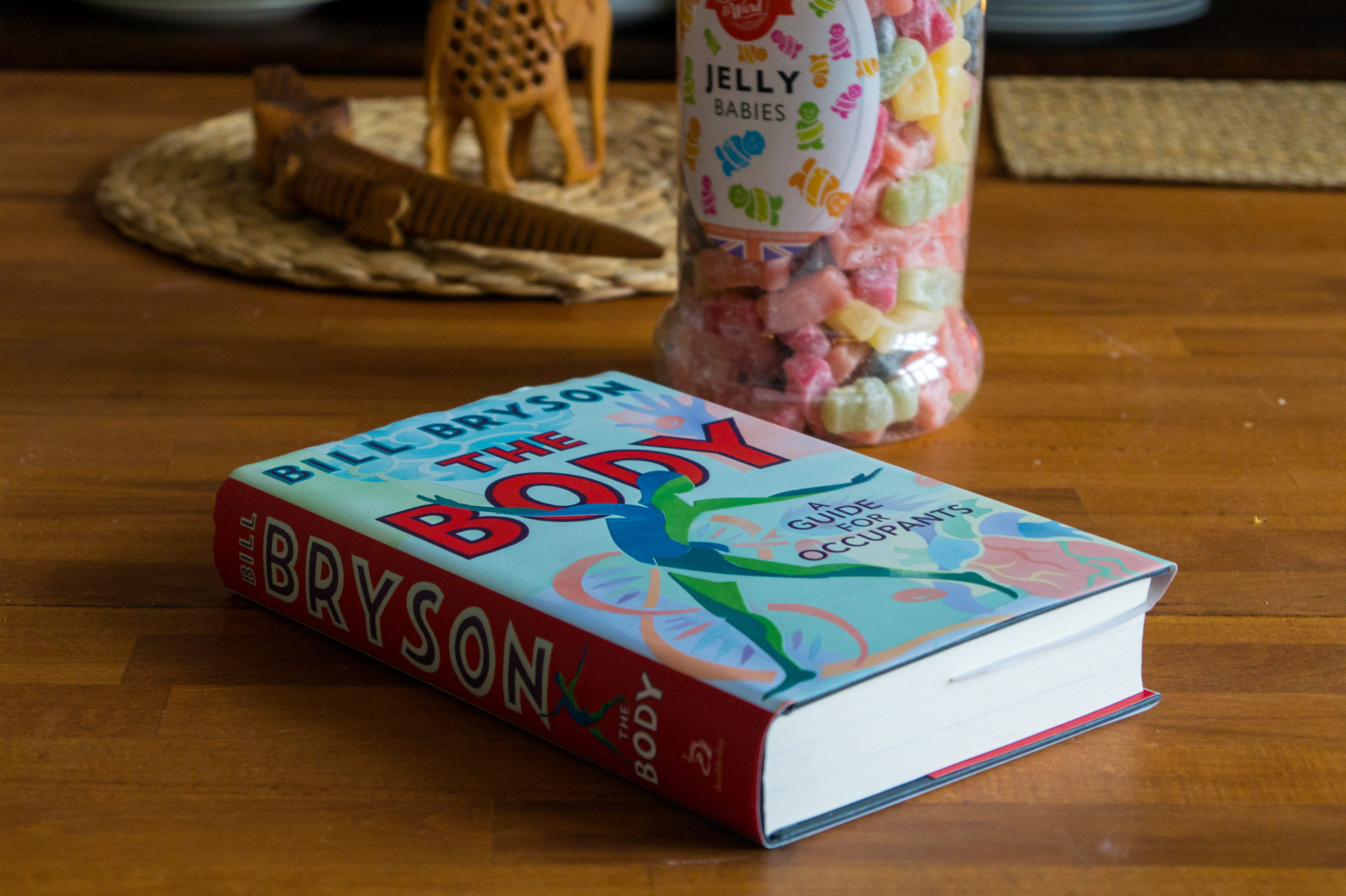 You are a marvel of information. If you took all the DNA in your body and formed it into a single strand, it would stretch ten billion miles, or beyond Pluto. The length of all your blood vessels would take you two and a half times around the earth. Learn this and many other things in Bill Bryson’s The Body – A Guide for Occupants.

Bryson is one of my favorite authors and on that list of ten people I’d love to meet in the pub. He can make just about anything interesting. So when he writes about the body, one of my favorite topics, it’s very interesting. And mysterious. Did you know that only two percent of your DNA codes for protein? Quite what the rest does isn’t yet known. There’s probably more we don’t know about the body than we do know.

Take flavour as an example. Smell is said to account for at least 70 percent of flavour, and maybe even as much as 90 percent. An easy way to experience the limitations of your tastebuds is to pinch your nostrils shut and eat a flavoured jelly baby collected blindly from a bowl. You will soon apprehend the sweetness, but almost certainly won’t be able to identify its flavour.

We’re easily fooled when it comes to taste. In a blind test at University of Bordeaux students at the faculty of oenology (studies of wine) were given two glasses of wine, one red and one white. The wines were identical but one had been coloured a deep red. Without exception, the students listed totally different qualities for the two wines, because sight had led them to different expectations. This link is so strong that if an orange-flavoured drink is coloured red, you can’t help but taste it as cherry.

The Body is full of facts and anecdotes like these. As always, Bryson delivers a great story. Shortly after the book was published, he announced his retirement. While I wish him all the best, I also hope he’ll change his mind, come out of retirement and write more books. The world is a better place with people like Bill Bryson in it.