Paying for insulin in Europe

Paying for insulin in Europe 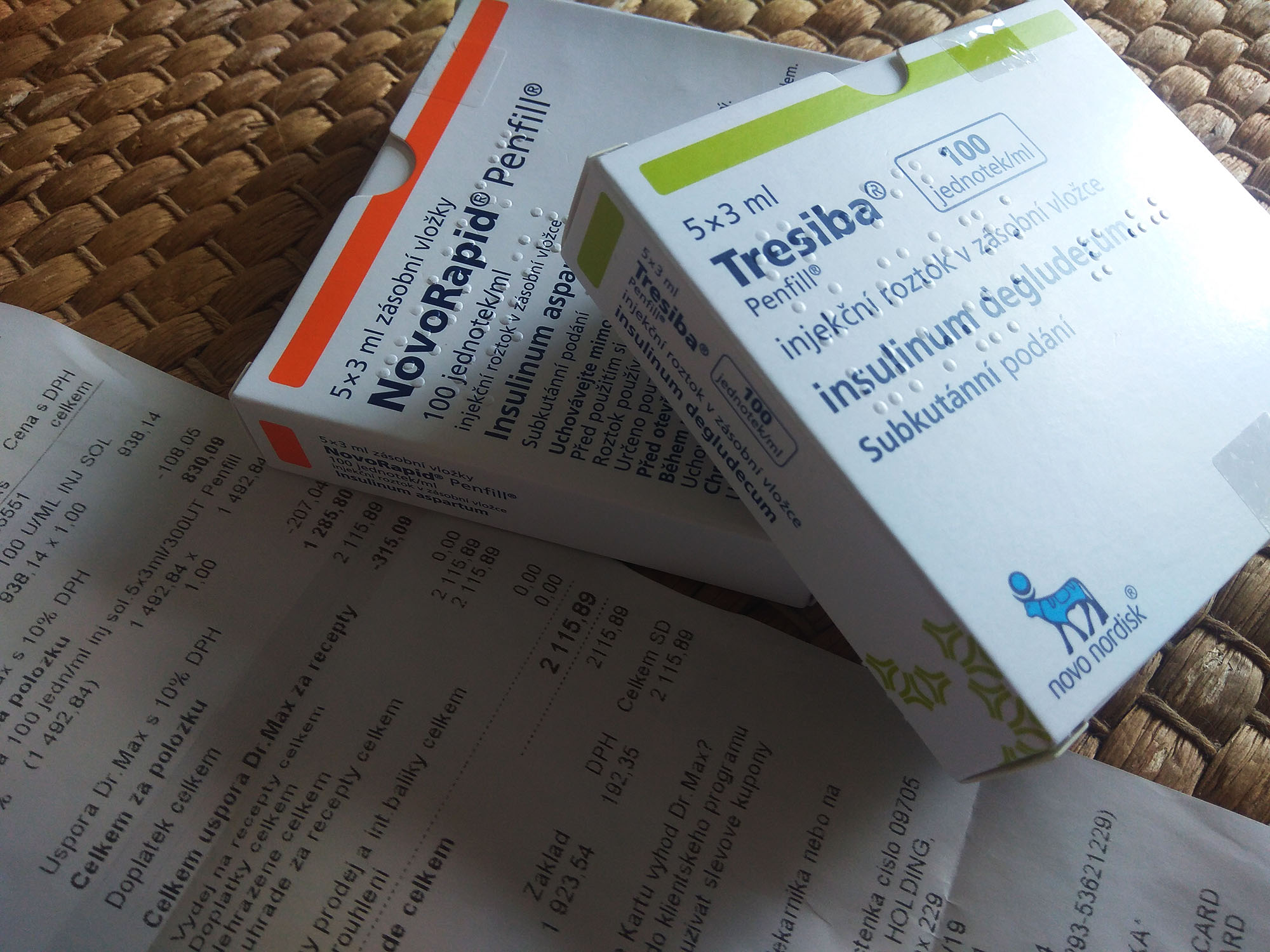 I felt a bit nervous this morning as I went to the pharmacy with my prescription. It was the first time since I got diabetes two and a half years ago that I would pay for insulin. I lost my Czech medical insurance, which also covered prescriptions, along with my job in the pandemic. What worried me was that I had no idea what the list price for insulin in the Czech Republic would be. After reading horror stories from the US, where diabetics are forced to pay more than $1000 a month to stay alive, I was frightened that it might be the same case in Europe for people who fall between the cracks.

I’m happy to say that it wasn’t. I picked up a box of five 3ml penfills of Tresiba and another box of five 3ml penfills of NovoRapid. It’s enough insulin to last me for three months. In total, the bill came to just under $100 (2115 CZK) after the pharmacy gave me a ten percent discount. That’s $60 for the Tresiba and $40 for the NovoRapid. For someone who needs insulin to live, that’s a bargain. It left me sad thinking about the stress that many American diabetics are under to get their insulin.

In Europe, we have price caps on medications, which stop pharmaceutical companies from charging outrageous amounts. The same box of Tresiba that I just picked up for $60 sells for ten times the price at a US pharmacy. NovoNordisk, the producer based in Denmark, posted a record net profit last year of 42 billion 138 million Danish crowns. That equates to more than $6.6 billion in profit for a company that makes a lot of its money selling insulin. When the original patent for the drug sold to the University of Toronto for just $1, it’s worth considering.

There’s nothing wrong with a capitalist culture where money serves as the incentive, but where do you draw the line? We’ve moved away from companies that provide public services and instead put shareholders first and pay out maximum dividends. If they’re not putting the money into growth. A pharmaceutical giant that provides life-saving medication should be held to a higher standard. The fact that these companies are selling their product in Europe at a fraction of the price shows that there’s still profit in it for them. Otherwise, they wouldn’t be here.