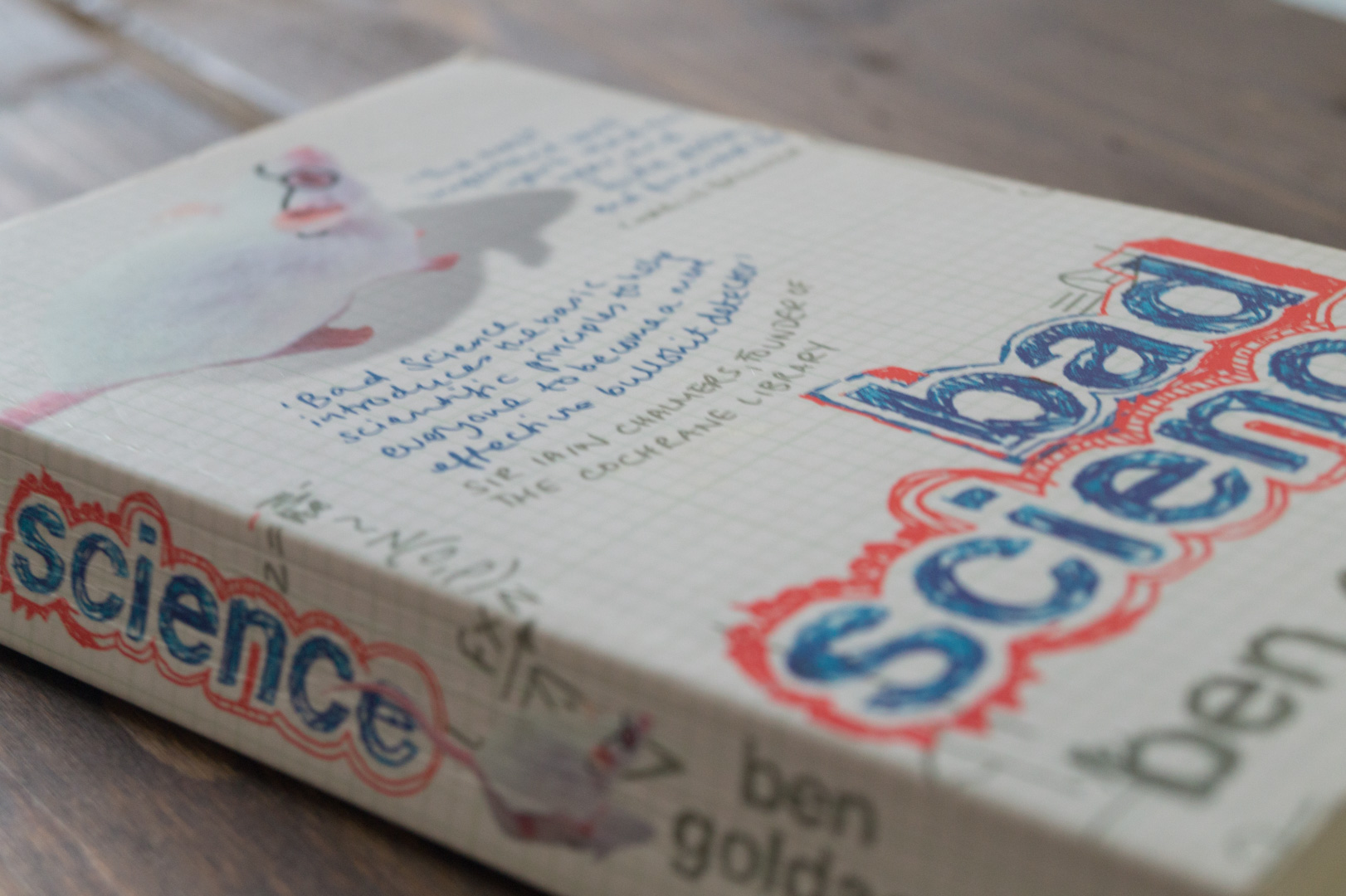 Find out if drinking urine, balancing on mountain ledges, and genital weightlifting really did change their lives forever.

Attention, flat earthers and aura readers! Here is the book for you. We’re obsessed with health – half of the science stories in the media are medical-based. They bombard us with sciencey-sounding claims. Only more often than not, these have nothing to do with science. The problem with internet journalism is that people are far more interested in click-bait and views than fact-checking. It’s all about the headlines.

In Bad Science, Ben Goldacre looks at detox, miracle cures, MMR, the evils of big pharma, and the likelihood that a given vegetable prevents cancer. He also debunks homeopathy and nutritionism. While homeopaths hand out sugar pills and are not taken seriously by most of the population, nutritionists have somehow managed to brand themselves as men and women of science. It makes them dangerous.

An early advocate of nutritionism was Sylvester Graham, proprietor of the world’s first health food shop. In the 1820’s he created one of the early fad diets, Graham’s diet, where followers ate bland foods with whole grains, fruits, and vegetables. Graham warned that condiments like ketchup and mustard could cause insanity. He banned meat, spices, tobacco, and alcohol altogether.

Religious zealots like John Harvey Kellogg, who came up with cornflakes, soon picked up on Graham’s food marketing techniques. In the early 1900’s Bernard McFadden updated the nutritionist model to include sexuality and got a cult following. Aided by his Physical Culture magazine, which featured beautiful people doing healthy things, he sold branded granola bars. He even tried to found a religion and changed his name from Bernard to Bernarr because it sounded more like the roar of a lion.

Fast forward to today, and nutritionists are everywhere. Take Gillian McKeith, a celebrity television presenter branded by Channel 4 as a “clinical nutritionist.” She recommends that you eat spinach and dark leaves as they contain more chlorophyll and will oxygenate your blood. Right.

McKeith also claims that the tongue is a window to the organs. The right side shows you what the gallbladder is up to, and the left side the liver. While you might find these ideas laughable (as you should), McKeith, like many others making bizarre health claims, is a multi-millionaire. Pseudo-science pays well.

If you enjoy reading about the madness going on around us, Bad Science is an excellent book. Even though published in 2008, it’s aged well, and the topics feel just as urgent today. The big question you’re left asking yourself is: Should you be laughing or should you be terrified? If anything, it looks like pseudo-science and conspiracy theories are here to stay, and the internet offers a great platform.