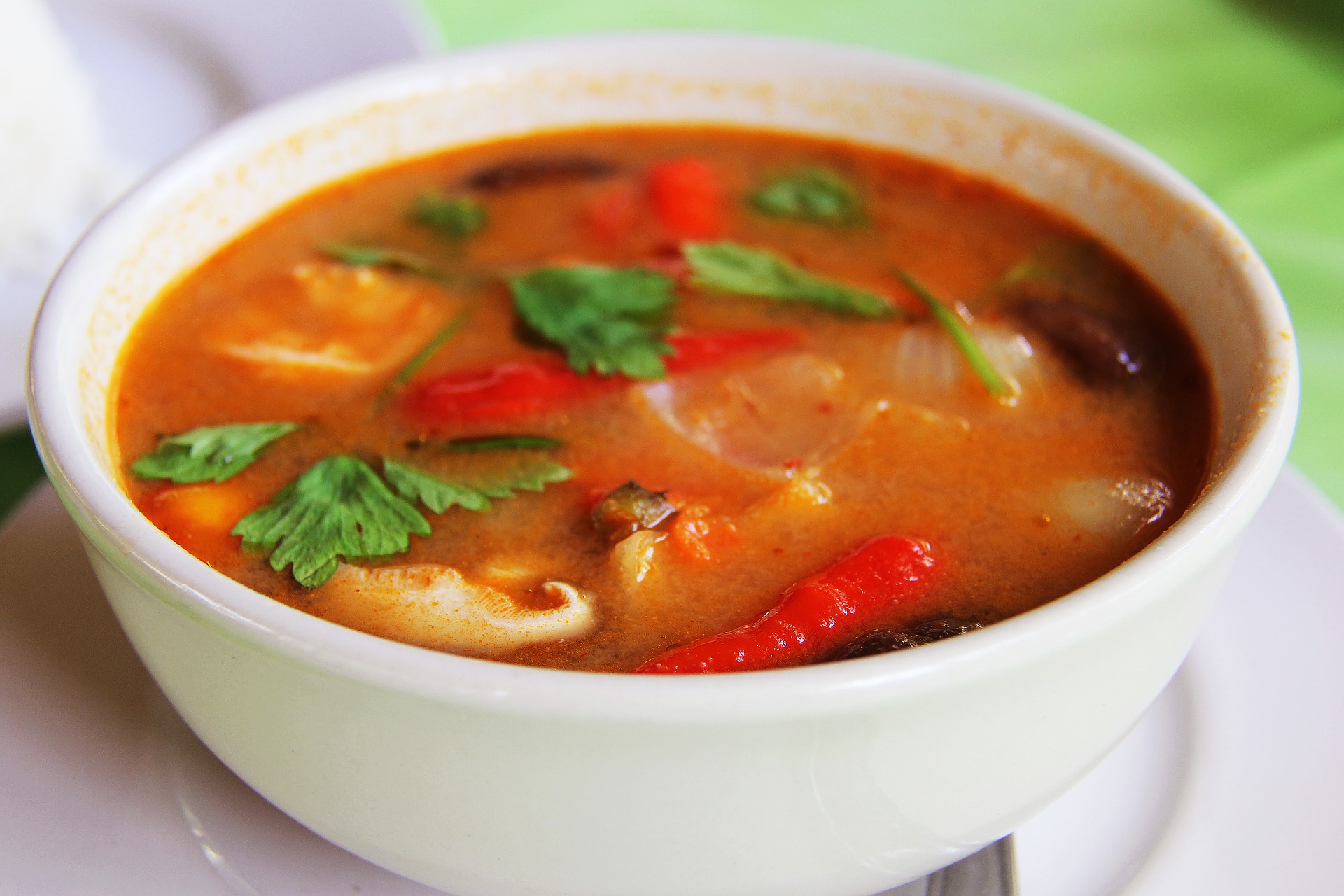 I’ve been eating a lot of curries lately. Might have something to do with the season. It’s grey and gloomy which makes it the perfect time for comfort food. After all, what’s better than a spicy stew on a rainy autumn day?

Since I’m on a low-carb diet, rice and regular naan bread are off the menu. It’s possible to substitute cauliflower rice as a low-carb variant. There are also many recipes for keto naan online, but my baking attempts have been pretty unsuccessful with the exception of low-carb blueberry muffins. I tried to make pita bread with coconut flour and it came out sweet and not very bread-like. It could be that it’s just a question of finding the right recipe and experimenting a bit.

For now, I’m happy with my curry stew in a bowl and a chopped onion and cucumber salad on the side. It comes to roughly 30 grams of carbs for which I take 4u of insulin 30 minutes before eating. The blood sugars behave well with this meal and it’s rare that I go above 7 mmol/l (126 mg/dl). If it happens it’s because I don’t take enough insulin for the protein in the chicken, which causes a slow rise 3-4 hours after eating. Typical blood sugar results look like this:

Stews and curries are perfect for lazy chefs like me. In addition to chicken curry, I eat a lot of goulashes and beef bourguignon. You can make a big batch and stick portions in the freezer. It saves time on cooking, which can be spent blogging instead.