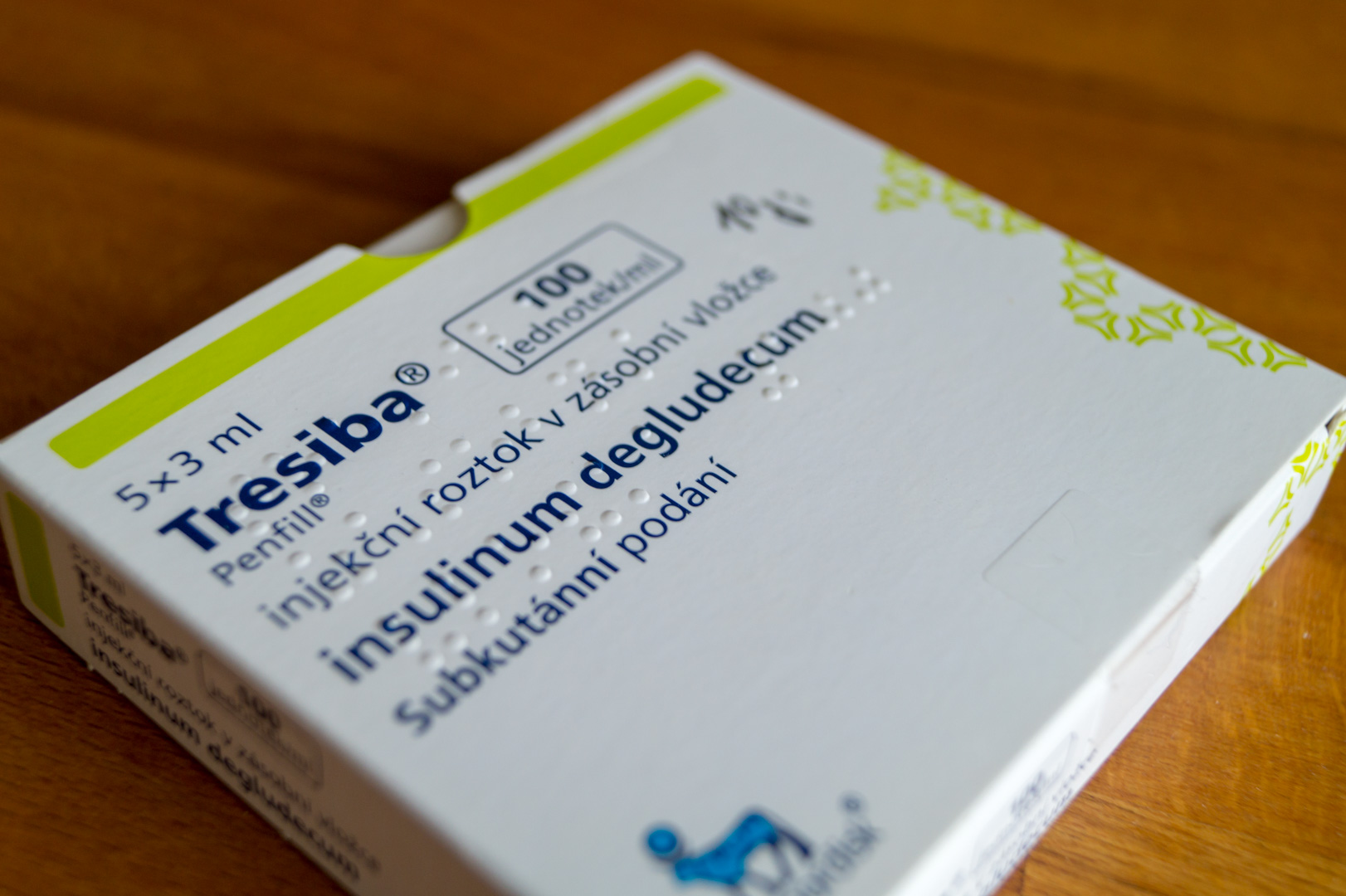 Since I was diagnosed with diabetes two years ago I’ve taken three basal insulins: Lantus, Toujeo, and Tresiba. For me the winner is Tresiba. I started on Lantus with 12u every night at 11 pm. The problem that soon became evident was nighttime hypoglycemia. I woke up sweating in the 3 mmol/l (54 mg/dl) range. With the persistent hypos, I developed hypoglycemia unawareness and went even lower before I woke up. It was unpleasant, to say the least, and I dreaded going to sleep since I was afraid I wouldn’t wake up at all anymore. The glucagon kit in the fridge offered little consolation.

After some internet research, I started splitting the dose in two with a morning and evening injection. This seemed to work for many people. Although basal insulins are supposed to be peakless, I noticed a drop around the six-hour mark on my libre graph almost every night. Splitting the dose didn’t fix the problem, so on my next visit to the endocrinologist, I asked to change my basal to Tresiba. I was prescribed Toujeo instead, which my endocrinologist told me was the same thing. It’s not.

While both Tresiba and Toujeo are ultra-long acting basal insulins, Tresiba is a different formulation called degludec. Toujeo is a concentrated form of glargine which is the same substance as in Lantus. It’s a U-300 insulin, which means that you take the same number of units as you would of a standard U-100 insulin, but the injected volume is smaller (one third). This is obviously a good insulin for diabetics with insulin resistance as you don’t have to inject such large volumes, but it didn’t work well for me. The injections were often painful and would sting like a bee. Then I got erratic blood sugars. This is something you can expect when you change basal insulin, so I waited to give it time to settle. A month later I still got sudden spikes of 11 mmol/l (198 mg/dl) for no reason. Dosing a concentrated U-300 insulin is more inaccurate, as losing a drop when you pull out the needle makes more of a difference than with a U-100 insulin. Also, the nighttime hypoglycemia continued. Then I got breathing problems, which is listed as a rare side effect on the manufacturer’s website, so all in all I was very unlucky.

Don’t get me wrong. I’m not saying that Toujeo is a bad insulin. What works for one person doesn’t work for another, and Toujeo just didn’t work for me. We switched me to Tresiba and the blood sugars stabilized. The nighttime hypoglycemia went from being a feature to an occasional thing. Now I’m really happy with my basal insulin. The only downside to Tresiba is that because it’s ultra-long acting and lasts for 42 hours, it takes several days when you change the dose to see the difference. It’s not much of a problem, but it means that it’s a little less flexible than an insulin like Lantus that tapers off around the 20-hour mark. If you’re struggling with nighttime hypoglycemia, Tresiba might fix the problem. It did for me, and I’m grateful to sleep through the night again.