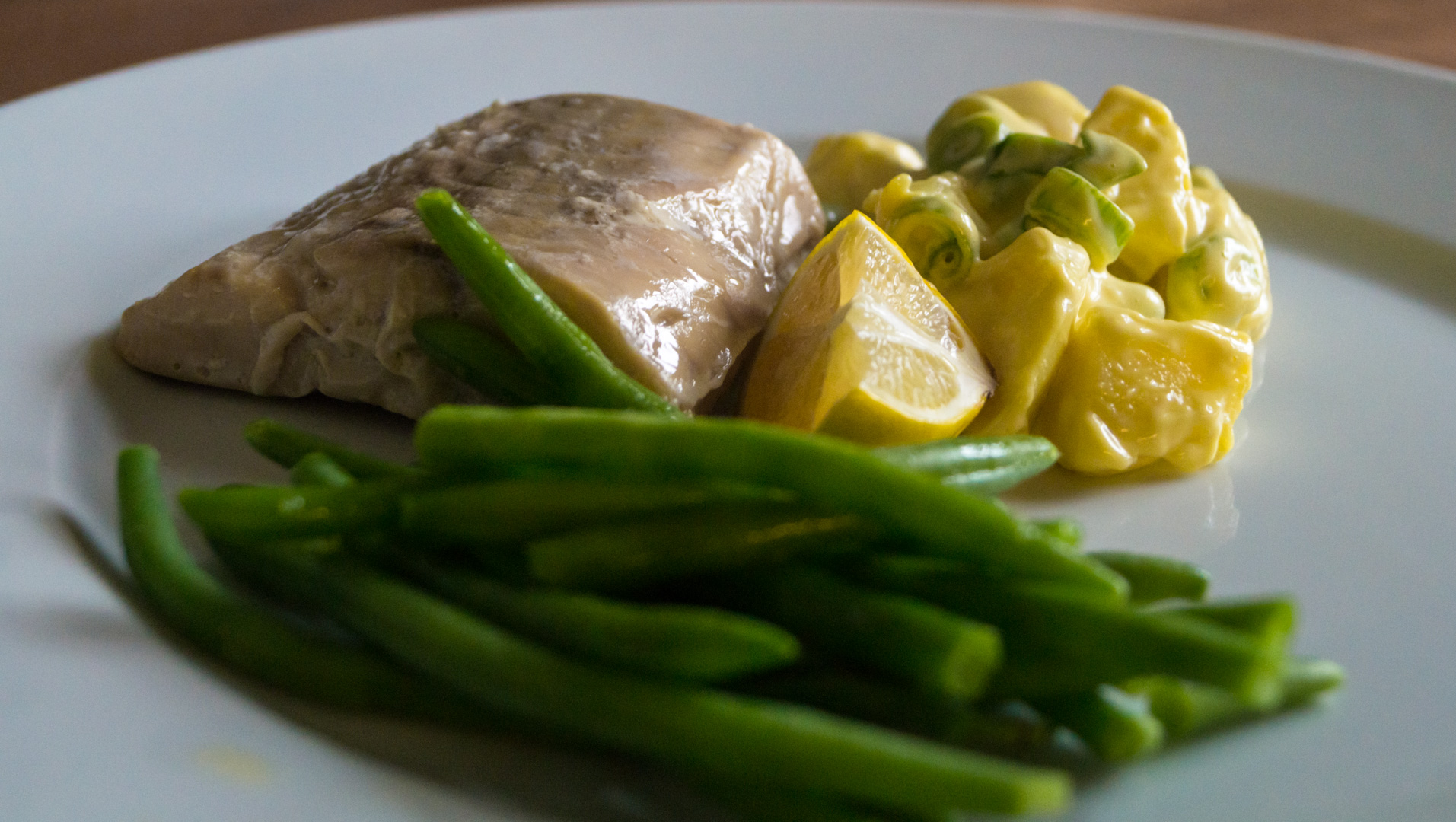 After listening to a very insightful podcast from Peter Attia on omega-3 fatty acids I’m eating more fish. I also started eating potatoes again, after avoiding them altogether on my low carb diet. The trick seems to be very small servings and pre-bolusing insulin by thirty minutes. Pre-bolusing insulin is not as tedious as it sounds, in general, you just take it when you start cooking, instead of when you finish. 100g of potatoes and green beans have 25-30g of carbs. Salmon has 20g of protein per 100g of fish.

I had the same dinner the next day, but with pork instead of fish. The carb and protein count remained the same. To make my potato salad I use 200g of potato and one spring onion. This makes two servings at 25g of carbs each. My potato salad is the best because I make my own mayonnaise. It’s so easy and it’s delicious. I use one egg, a dash of vinegar, and salt. To this I add 125ml of extra virgin olive oil which gives it a great taste, but any oil works. You can use a mixer or whisk in the oil by hand. The trick is to do it slowly, to stop the mayonnaise from splitting. I use a lot of mayonnaise with the potatoes, as you need the fat to feel full from the small serving.

All meals should look like this one. I went back on it a few days later but had a boiled potato instead. My kitchen scale was out of batteries so I had to estimate, but it looked a bit larger than the potatoes I normally have, maybe 130g. This was unsuccessful, my blood sugar went from 4.8 mmol/l (96 mg/dl) to 9 mmol/l (162 mg/dl) an hour later. I’m sticking to cold potatoes and weighing them for accuracy. While you can guesstimate the weight of low-carb veg, it’s best to be careful with carb-monsters like potatoes or pasta. Here a little bit can totally throw off your count.