Fat Chance – The biochemistry of obesity

Fat Chance – The biochemistry of obesity 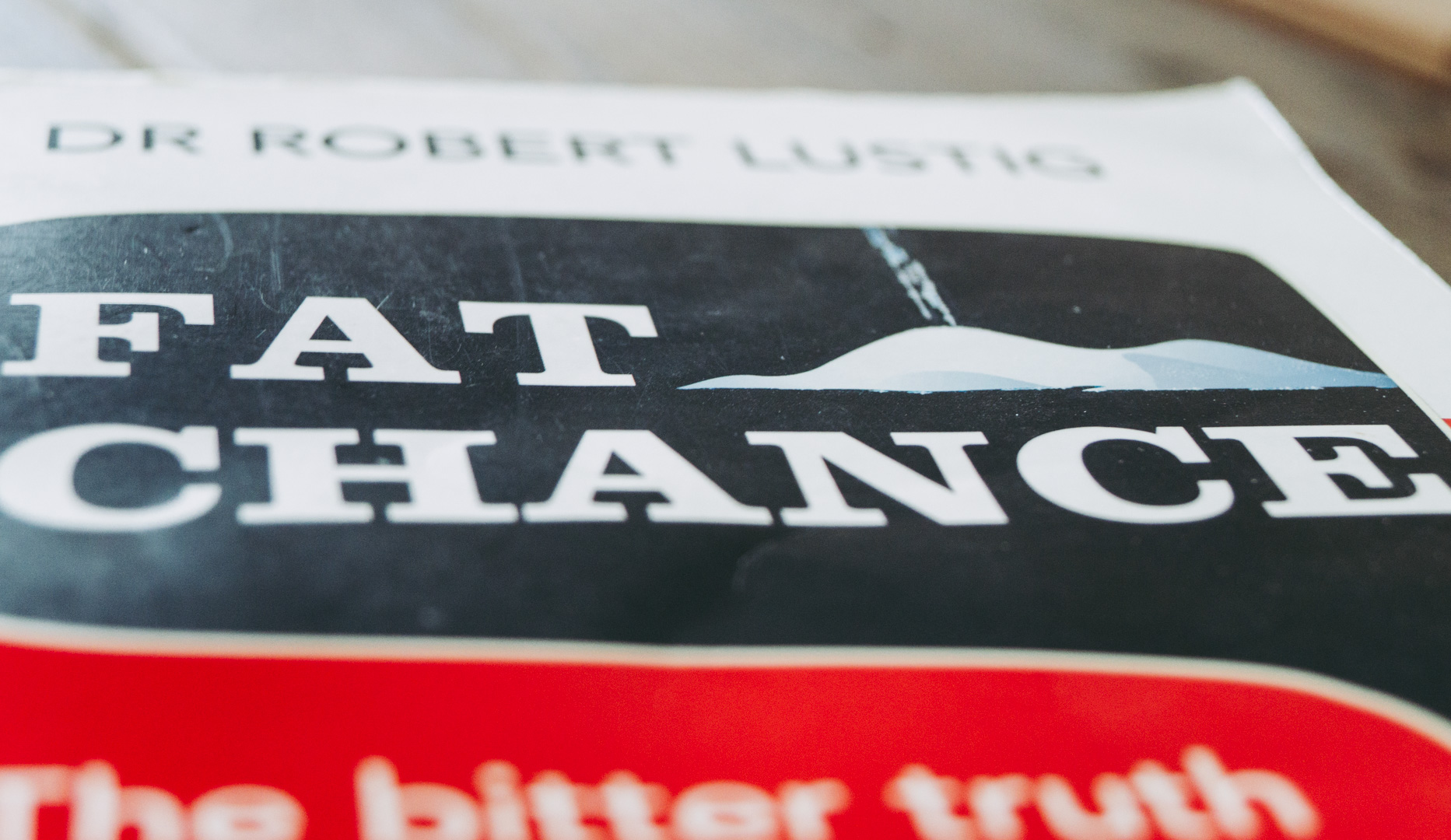 The other day Dr. Lustig revealed the cover of his new book on Twitter. It reminded me that his first one was still in my bookshelf, unread. It turned out to be a good read. At the time of writing, he’d spent sixteen years treating obese children. By anyone’s standards, that should make him an expert on the topic.

Dr. Lustig says that it’s biochemistry and hormones that drive our feeding behavior. Specifically, it’s leptin and insulin that are in charge. Leptin is produced by fat cells and signals our brain that we’re fed and can stop eating. Without this signal, the brain thinks we’re starving, and it’s difficult to put the crisps away. According to Dr. Lustig, leptin resistance plays a massive role in the obesity epidemic.

In addition there’s a problem with the hedonic pathway in the brain. This is the dopamine reward system that makes you enjoy things like eating yourself sick, and getting stupid drunk to the point where you’re swimming in the fountain outside McDonald’s in someone else’s underwear. When things are working right leptin tells the brain to suppress the release from dopamine which stops the reward from the food. Insulin also plays a part by clearing dopamine in the brain. When insulin levels are high it blunts the reward of further food intake and promotes overfeeding.

If you’re leptin resistant you’re waging a war on two fronts. Not only are you fighting the brain’s starvation signal, but also the rewards from pleasure. Few of us have the willpower to stand up to this, so we keep eating.

Dr. Lustig talks about many other interesting things, such as fructose metabolism and why you shouldn’t drink too much orange juice. There’s a lot of biochemistry in the book, so a keen interest in this topic is a plus. I’d recommend it for science geeks and patients who want to know more about the root causes for obesity and metabolic syndrome, as well as how to fix them.