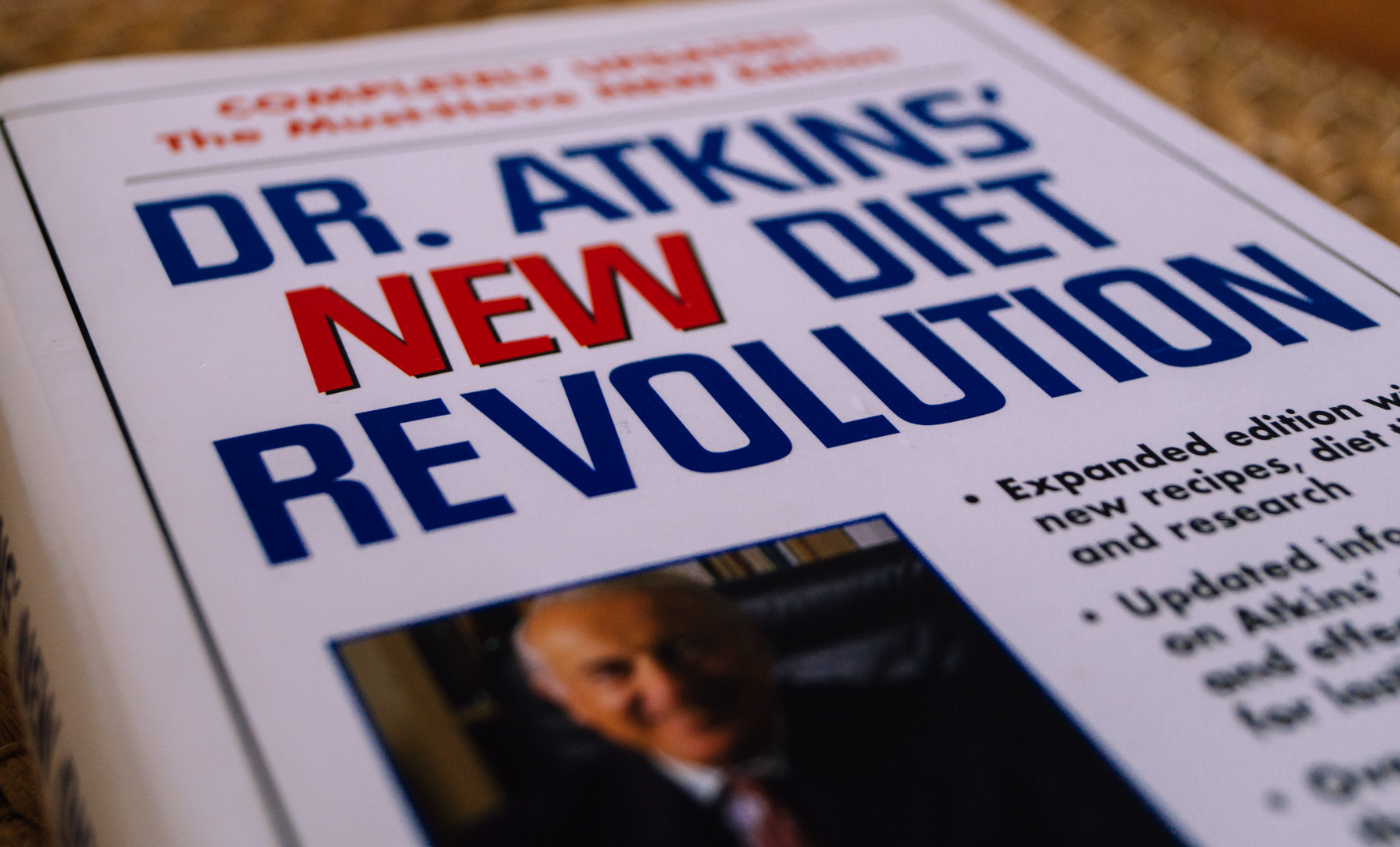 You change your life, which is more important than looking good on the beach this summer.

This is a great diet book. It was released in 1992, as an updated version to the 1972 original, and can easily be read today. The body hasn’t changed that much. The focus is not only on weight loss but also weight maintenance, which is often forgotten. It’s as much a body self-help book, as a guide to low carb.

While the Atkins diet is often described as the most popular fad-diet in the United States, Dr. Atkins didn’t invent it. He just popularised it. Already in the 1800s, when Banting wrote his Letter on corpulence, it was common knowledge that starches and sugars were fattening.

The Atkins diet gained popularity in the 1980s, as the low fat craze took hold and government nutritionists held the food pyramid as the gold standard. Carbs were heart-healthy and full of energy. Atkins’ message was the opposite: eat fat, feel satisfied, and lose weight. As fat consumption went down in the population waistlines increased. Meanwhile, sugar consumption was going up. To make low-fat products taste good manufacturers added lots and lots of sugar to our diet.

The problem with eating a lot of carbohydrates, especially sugar, is that it increases blood glucose which leads to insulin resistance. Over time the body tries to compensate by overproducing insulin. In many cases, this results in type 2 diabetes, where the elevated insulin levels make it very difficult to shed the pounds. By restricting carbohydrates to just 20g per day you shift your body away from glucose metabolism over to burning fat which leads to weight loss.

This is the theory behind Atkins diet, which has helped thousands of patients to slim down. He’s also seen type 2 diabetics come off insulin and control their condition through diet. While you can’t put type 1 diabetes into remission with low carb, you can normalize your blood sugar and take smaller insulin doses, thus reducing the risk for diabetic complications.

Dr. Atkins makes it clear that a diet is for life and not something you do for a few weeks to fit back into your skinny jeans. The book is about finding a new way of eating that you’re comfortable with, rather than a crash diet where you semi-starve. It’s a good introduction to low carb if you don’t know much about it, especially if you’re overweight and type 2 or pre-diabetic. Dr. Atkins took some stick for building a diet empire, but reading his book has convinced me that this is a man who cared more about his patients than the size of his wallet.