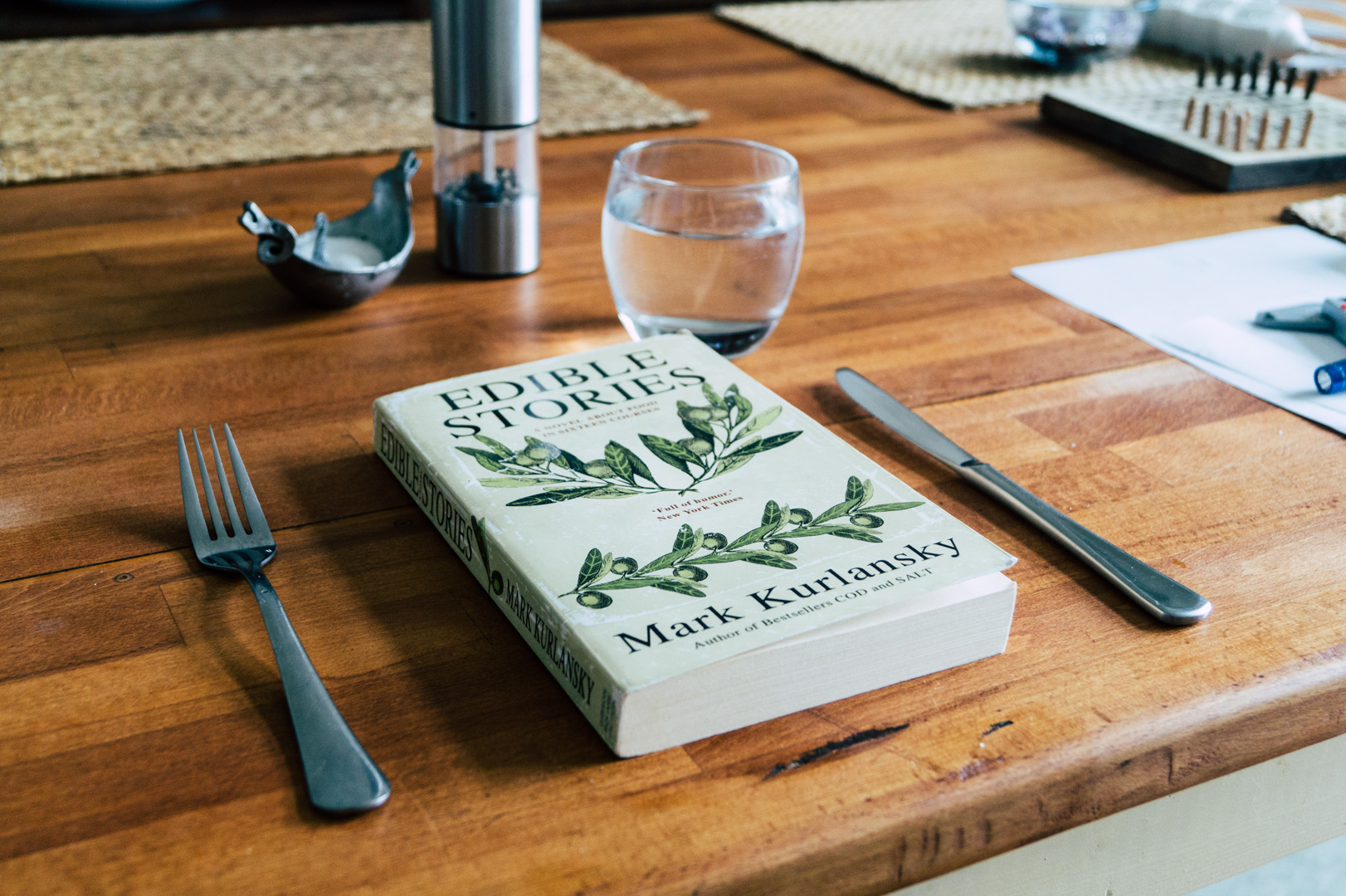 There are oysters, and then there are oysters. Dave develops a taste for belons and fine wine, which turns him into a nocturnal predator. With time the combination stops working, and the magic of late Paris nights wears off.

Emma is left with food phobia after being confronted with a vegan turkey on Thanksgiving. She reasons that if bean curd is wrapped in plastic, then surely everything should be. But how do you trust the people who seal it? From there it escalates to the point where she can’t eat anything. She concludes that ‘food is an endless hail of unseen bullets. The ideal murder weapon.’

As a diabetic, I can relate to this. With the nagging fear of high blood sugar following meal times, food becomes the enemy. Keeping a constant eye on the meter does something to you. It’s like living with an uncaged tiger that you can never turn your back on.

Edible stories is a collection of loosely connected tales with food as a central theme. It deals with the topics of food neurosis, addiction, and veganism.

For some, food has a true purpose. There’s cholent, a Jewish slow-cooked stew, that allows for a warm meal on the Sabbath. The Mexicans eat menudo, a spicy tripe soup, to cure their hangovers.

For others, such as Robert, there is little enjoyment in food. After he wakes up in a hole with no memory he finds that he’s lost his sense of taste. In a twist of irony, he becomes a popular food critic because he’s forced to focus on the aspects of food that most of us don’t notice. Describing bread as something with the resilience of marshmallows, he fascinates everyone with his observations. No one would ever suspect that his restaurant career is a desperate attempt to cover up that he can’t taste anything.

There’s a similar ring to the story of Kugelman, who joins a gym after the pounds pile on. Like the other members, he watches the Nasdaq move on the treadmill and trades on his cell phone in the ground floor snack bar. They’re all making money, but not losing any weight. It might have something to do with the quantities of fat-free, low-calorie muffins they’re eating. Even when Kugelman finds out that they contain the highly addictive substance fimogen2000, he’s unable to stop. He’s hooked.

There are many other stories like this in the book, which is both entertaining and thought-provoking. It’s a satire on modern living and our conflicted relationship with food. It’s uncanny but rather brilliant.