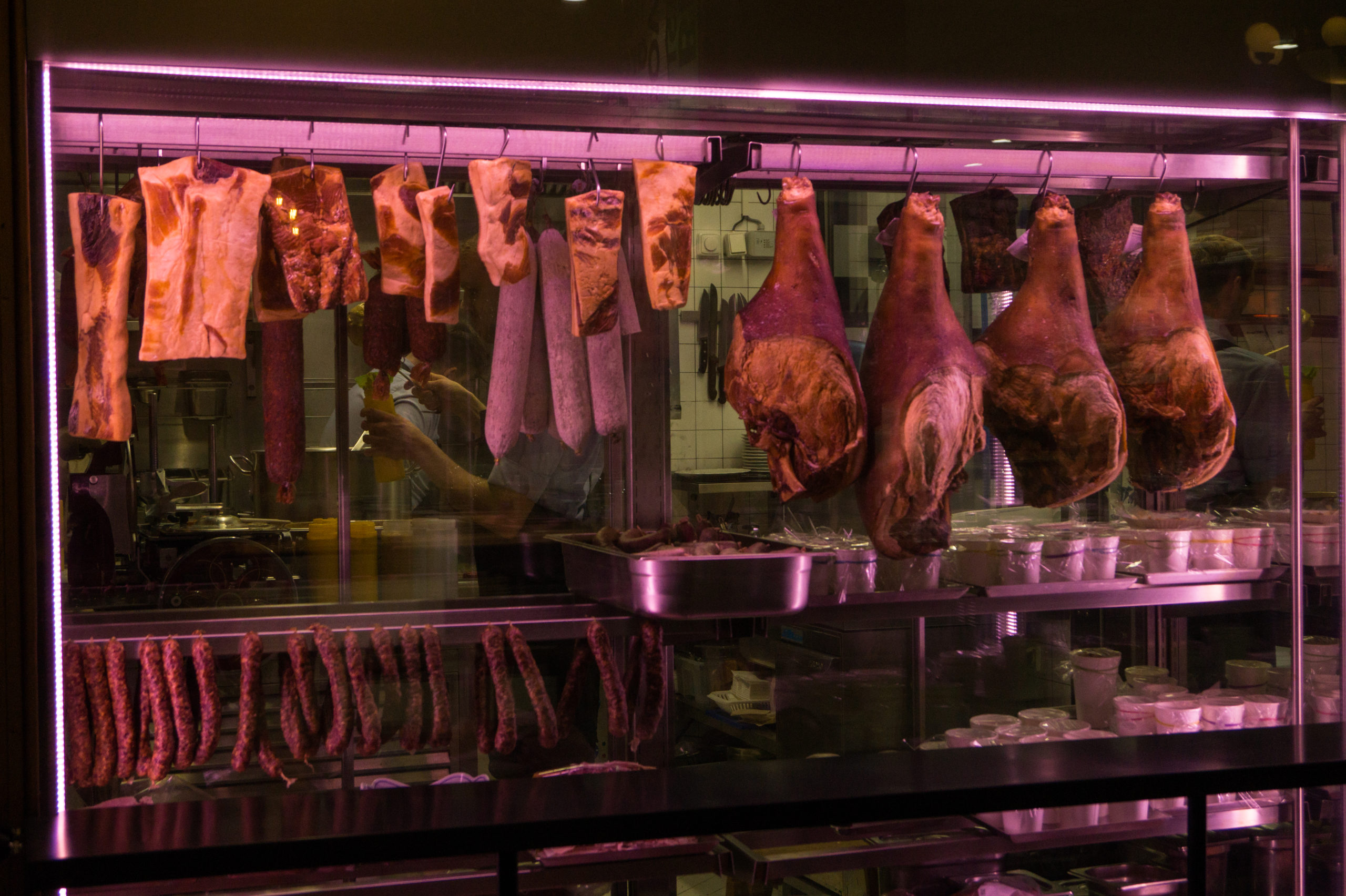 When a person eats shortly before going to bed, digestion accompanies sleep. The two great physiological functions are completed together, leaving the maximum of freedom to the mind during the day.

A couple of months back the bear was suffering from food fatigue. In an ironic twist the diabetes that had made me unable to eat anything, had made our whole life evolve around food. Whereas before we had eaten whenever we were hungry, I was now eating three regular meals a day. Every morning I would bounce out of bed like Tigger for breakfast, to stop my blood glucose from rising. As one of the positives of living in a capital city, we’d often gone out for lunch and dinner. Restaurants were now out. All ingredients had to be meticulously weighed, measured and logged. There was timing the insulin with the food, and carbohydrates to count. This was much more important than actually enjoying what was on the plate.

“I can’t take it anymore,” said the bear disgruntled one day. “Our life is all about food. Buying food, cooking food, counting food…always stupid food something!” A wry smile came over his face as he declared: “From now on you can worry about lunch on your own. I will eat only once a day.”
“Once a day? How are you going to get all your protein in one hit? And how about your liver? Surely, that can’t be good for you,” was my instant response. As always, he had anticipated these questions.

The One Meal A Day Diet, or 23:1, where you eat all your calories in a one hour period and fast for the other 23, turns out to be popular with lifehackers. Bear had first come across it as “The Snake Diet”, a variant where you also supplement with electrolytes. Cole Robinson, the guy behind it, had several videos online and bear showed me one of them. He was presenting an analysis of his blood, after several months on the diet.

“Look, this guy is doing great, his values seem excellent to me. Also, the liver appears to be just fine,” the bear winked at me. “Athletes are eating this way. And biohackers from Silicon Valley who think they’re going to live forever. And they’re worth billions, so perhaps they know something that we don’t?”

One of them is Jack Dorsey, Twitter’s CEO. He said it became clear to him how much of our day is centered around meals after he started eating once a day. Intermittent fasting is very popular among stoic tech entrepreneurs. Groups like WeFast spend certain days not eating, and claim that they get more done in the office than when they do. The idea that when your mind is not occupied with food, you’ll have time for other things, is not bad. Because our society is food obsessed. Eating guidelines recommend 5-6 small meals a day. Many people think that they’ll go into starvation mode if they don’t eat every few hours (this won’t happen – the human body can go for weeks without food). Snacking only started in the 1970’s. Before that people frowned upon eating in the street. Now we’re eating everywhere.

Most likely, all this eating is not good for us. Many scientific studies support the concept of intermittent fasting. Apart from heightening brain function, it’s likely to increase your lifespan.
People struggle with elevated insulin levels. This is a major factor in the insulin resistance seen in type 2 diabetes. It could also be important in obesity, by blocking our fat burning pathways. Intermittent fasting reduces circulating insulin levels in the blood.

Animal studies have had some interesting result with time-restricted feeding, like this one by Dr Panda. He divided mice into two groups: one that could eat food freely around the clock, and one that could only eat within an eight-hour window. The first group developed high cholesterol and high blood glucose. These mice also had more visceral fat and showed signs of liver damage, compared to the second group. The mice on time-restricted feeding appeared to somehow be protected against metabolic diseases.
When the study was replicated in a small group of men and women, there was a drop in insulin resistance in the people who ate within an eight-hour window. They also reported better sleep and higher energy levels.

The 23:1 diet is intermittent fasting taken to an extreme. So does it work? For weight loss the answer is yes. After two and a half months, the bear has lost five kilos. Whereas the meals were huge in the beginning they’ve become smaller. “I’ve come to the conclusion that the less I eat, the less hungry I am. The tricky bit is getting past the first couple of weeks. Up until I started eating once a day, I would eat because the social convention dictated so, not because I was hungry.”

It’s also convenient. There’s a lot of time freed up when you’re not running around looking for something to eat all the time. I read somewhere that you shouldn’t waste energy on unimportant decisions like dinner. But you also shouldn’t forget that food is an important part of our culture that we derive pleasure from.