Staying in touch with the pig

Staying in touch with the pig 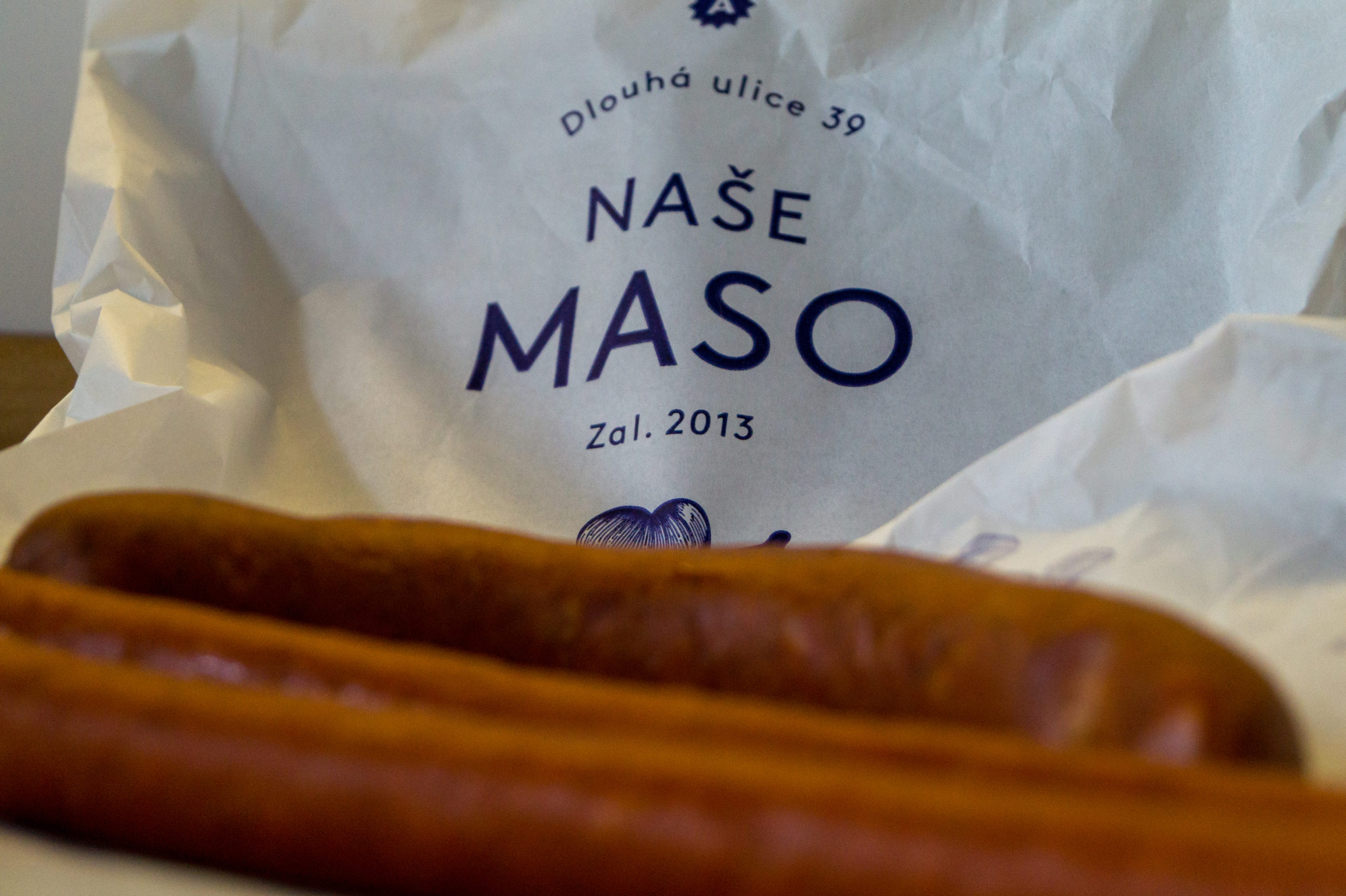 When you’re a diabetic on a low carb diet high in meat you have some ethical concerns. I’ve read Peter Singer and I didn’t eat meat for several years when I was younger. I’ll always pay a bit more for the ethical option. In addition to knowing that the animal had a decent life, there are potential health benefits to grass-fed and slow-grown produce. A nice place for these products is Naše maso. My Czech friend recommended I try their Talian sausage, which is a classic around here. It’s named after the Italian sausage maker Emanuel Ugge, who first made it in his shop during the late 19th century. Customers would say they were going for an Italian, which caught on and was later shortened to just Talian.

The Naše maso version is made from pork and beef (veal is also used sometimes) with herbs and salt. It’s already poached when you buy it, so to cook it you leave it to simmer in water for ten minutes. The right way to eat it is with mustard and horseradish. I had mine with a side salad, but I’m never telling my friend that. It’s proper blasphemy.

Inspired by my eating experience, we picked up some Přeštice and Debrecinske sausages for lunch the next day. The first one comes from the Přeštice pig, a Czech breed which is making a comeback. Before the second world war, they made all Prague ham from this breed, but it struggled to compete with the faster-growing pigs from factory farms. By putting it on the menu, places like Naše maso are encouraging breeders to bring it back.

Debrecinske is a Hungarian-style sausage that you’ll find in every supermarket in Prague. The bear was curious to try it to see if he could spot any difference in the artisan version. The selling point for the butcher’s shop is that their product is free from chemicals and additives. The animals also have a better life when raised by small farmers rather than in the industrial food chain.

“Different but good. I’m used to them tasting more like plastic”, said the bear. “You can taste the pig if that makes sense. For a hot dog, you expect a bad quality sausage, in a bad quality roll”.

Only the roll full-filled that criteria. All sausages were of good quality with high meat content and no carbohydrates. In supermarket sausage, you often bite into grizzle and cartilage, but you try not to think too hard about it. This doesn’t happen with the sausages from Naše maso. You get what you pay for, and happy pigs make for happy customers. We got 300g of sausage for under 100 Czech crowns (5 USD), and it was a good lunch for two.

Both the Talian and Přeštice sausages can be had in the pub Lokal next door. They do a good job showcasing local produce, so pop in there for a beer and some sausages if you’re passing by.